Notes for Module 6 of Chemistry (Acids and Bases)

Some (most) of the chemical formulae in this post do not have the state as a subscript (for example, $\ce{H+(g)}$ instead of $\ce{H+_{(g)}}$). This is because the IUPAC Guidelines for chemical equations recommend that:

“The symbol for the state of equilibrium between phases, whether of a pure substance or a system of more than one component is sat, printed in Roman type and used EITHER as a subscript OR in parentheses.” (Section 2.3. Extended Notation for States of Aggregation)

As the science sections of the site have around 4000 users a month from outside of NSW, we prefer to stick to international industry standards when working with math and science. For these readers, this note is of no relevance.

However, the majority of our userbase is still HSC students, so we feel that its important to make note of the fact that NESA believes that they know better than the IUPAC guidelines and, as a result, in tests, you must use BOTH parentheses (brackets) AND subscript. If you are transcribing our content into your book, we recommend that you get into the habit of this.

What is an Acid?

What is a Base?

How do indicators work?

Note: $Ind$ is an abbreviation for “indicator” and represents the bit that changes color.

Theories of Acids and Bases

Limitations of the Arrhenius Models

Acids and bases are defined by their role in a reaction:

Strengths of Acids and Bases

Strength and concentration are not the same, nor are they dependent on each other:

The ionisation of an acid can be represented by the following equation:

Explain why the presence of Nitrate ions in an aqueous solution will not make it basic (i.e. will not produce extra $\ce{OH-}$ ions). (3 Marks)

Note: The reaction can be considered to go to completion, because the reverse reaction does not occur to any significant extent.

Many ions are not neutral when dissolved in water. As a result, they will have either acidic or basic properties.

To show that an ionic compound will form an acidic, basic, or neutral solution:

Will a solution of potassium fluoride be acidic or basic? (2 Marks)

Non-metal from the RHS of the periodic table tend to form acidic oxides. These elements have high electronegativity and share electrons when bonding with oxygen, so non-metal oxides are covalent.

The pH (potential of hydrogen) scale is logarithmic (base 10), not linear. Significant figures for logs are those after the decimal point.

PH OF STRONG AND WEAK ACIDS

pH can deduce the relative strength and concentration of different acidic solutions.

POH OF STRONG AND WEAK BASES

pOH is a measure of $OH^-$ concentration that is similar to pH.

The concentration of $\ce{H+}$ and $\ce{OH-}$ in any aqueous solution are directly related. This is because water is a very weak acid which forms the following exothermic equilibrium reaction.

A pH probe or pH meter can be used to measure pH.

HOW DO BUFFERS WORK?

A buffer solution is a solution that can resist pH change when small amounts of an acid or base are added. In order for it to work, it must be able to compensate for the addition of either of an acid or base, otherwise the pH will change significantly.

Buffers are commonly made by mixing a weak acid and its conjugate base (or vice versa) typically in equimolar amounts of each.

When a small amount of acid is added, the concentration of $\ce{H3O+}$ increases.

When a small amount of base is added, the situation is slightly more complicated.

It can also be explained when $\ce{H3O+}$ and $\ce{OH-}$ react, causing equilibrium to shift to right to minimise the disturbance

The effectiveness of a buffer is known as buffer capacity.

A buffer is most effective when the amounts of weak acid and conjugate base present are similar (equimolar). The steps for a titration calculation are:

For neutralisation reactions, the strength of the acid is irrelevant as the base is stronger than water. All of the protons in a polyprotic acid will be irreversibly removed by the base.

When analysing a substance, the concentration may be too high for a direct titration experiment tom be efficiently carried out. Instead, the substance would be diluted by a known amount, and then the diluted solution would be titrated.

Back titrations are generally used when:

Aliquot - An accurately known volume of liquid. In titration this usually refers to the liquid transferred via pipette into the conical flask.

Analyte A - substance being analysed. This is usually a solution of unknown concentration.

Back Titration - A two-stage analysis in which an excess of reactant is added to the analyte, then the excess is determined to calculate the concentration of the analyte.

Burette - A graduated piece of glassware which dispenses measured amounts of the solution (the titrant).

Endpoint - The point in titration when the indicator permanently changes colour.

Equivalence Point - The point in a neutralisation reaction when the amounts of reactants are just sufficient to consume both reactants, without an excess of either. (i.e. in stoichiometric ratio)

Pipette - A piece of glassware used to transfer a very accurately measured volume of solution.

Primary standard - A substance of sufficiently high purity and stability that a solution of accurately known concentration can be prepared by weighing out the desired mass, dissolving in water and making the volume up to a known value.

Titre - The volume of titrant used in a titration

In a titration experiment, the number of moles of a target material (the analyte) is determined. This can then be used to calculate the concentration.

A measured volume of the solution of unknown concentration, the analyte, is usually placed in a conical flask (titrand) with a burette containing the titrant above it.

A burette is a piece of volumetric glassware. It is a long tube with a tap at one end so measured volumes of titrant can be accurately added to the titrand.

Before the experiment begins, an indicator will normally also be added to the conical flask to determine the approximate equivalence point.

To perform the experiment the titrant is slowly added and stepwise to the conical flask, with swirling, until the indicator undergoes a permanent colour change (the end point).

Acid-base titrations are the most common titrations:

The pH changes rapidly towards the end point of the titration and it is easy to add too much titrant. The titrant must be added very carefully, in small volumes close to the end to successfully determine the exact amount required for complete reaction.

For titrating HCl against NaOH. HCl is placed into the conical flask and NaOH in the burette.

PREPARING THE TITRAND (IN THE CONICAL FLASK)

PREPARING THE TITRANT (IN THE BURETTE)

Burette and pipette: Used to deliver the solutions used in the titration. Final rinsing with the solution to be delivered.

The washing procedure affects the accuracy of the calculated concentration.

It is important to rinse each piece of glassware with the appropriate solution after cleaning with distilled water and immediately prior to use.

The solution that is to be transferred using a pipette is of accurately known concentration, or its concentration is to be accurately determined. If droplets of distilled water are present in the pipette, it will dilute the reagent being delivered.

All glassware in titration is calibrated to be accurate when measurements are taken at the bottom of the meniscus.

Any air bubbles in the liquid must be removed for volumes to be accurate.

The pipettes used in titration are calibrated to deliver the specified volume of solution with no additional force.

Accessing accuracy – How close you are to the accepted value:

A standard solution is a solution containing a precisely known concentration of a substance. They can be categorised as primary or secondary.

A primary standard is produced when a substance of high purity dissolved in a known volume of solvent.

A substance suitable for preparing a primary standard solution should have the following features:

A secondary standard is produced when its concentration is determined via stoichiometry.

The equivalence point of a titration is the point at which the amount moles of acid and bases added match the stoichiometric ratio.

PH OF THE EQUIVALENCE POINT

As the pH of water is neutral, the pH of the equivalence point will depend entirely on the salt produced: whether it is acidic, basic or neutral.

If an acidic or basic salt is produced by the neutralisation reaction in a titration experiment, the equivalence point will not be neutral.

Note: When strong acids react with metal carbonates (weak bases), the neutral salt is formed, but the resulting solution is still acidic. This is because the carbon dioxide dissolves in water to produce an acidic solution.

Indicators can be used to find the approximate equivalence point of a titration. Explain why 0.20 M acetic acid and 0.20 M hydrochloric acid require the same volume of sodium hydroxide solution to reach equivalence point, but the pH values at their equivalence points are different.

Both acetic acid and hydrochloric acid are monoprotic acids that reacts to completion when reacted with a strong base. As the concentration are the same, the same amount is needed to neutralise the strong base, NaOH. $\ce{CH3COO-}$ is the conjugate base of a weak acid and will react with water to produce a basic solution. Therefore, resulting in a pH > 7. $\ce{Cl-}$ is the conjugate base of a strong acid and will not react hence the solution remains pH = 7.

During a titration, the conductivity of the solution changes. The equivalence point may be located by plotting the conductance as a function of the volume of titrant added.

The electrical conductivity of a solution depends on: The conductance increases on adding $\ce{NaOH}$ as it neutralises the undissociated $\ce{CH3COOH}$ to $\ce{NaCH3COO}$ which is a strong electrolyte. Conductivity increases due to the highly conductive $\ce{OH-}$ ions.

Before the equivalence point, conductivity decreases like in the strong acid-strong base graph.

After the equivalence point, the graph is almost horizontal as the excess weak base is not significantly ionised due to the presence of its conjugate acid.

Initially, the conductance is high due to the strong acid. The conductance decreases due to the replacement of $\ce{H+}$. After the equivalence point has been reached in the graph becomes almost horizontal, since the excess weak base

(aqueous ammonia) is not easily ionised in the presence of the salt. 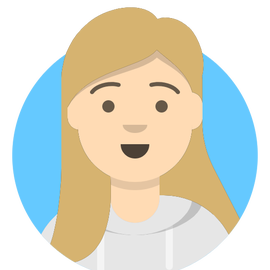