Waves only transfer energy from one point to another. THEY DO NOT TRANSFER MATTER! However, matter may move as the wave passes through it.

The Role of the Medium

Other Properties of EM Waves

Displacement-Time Graph of a Transverse Wave 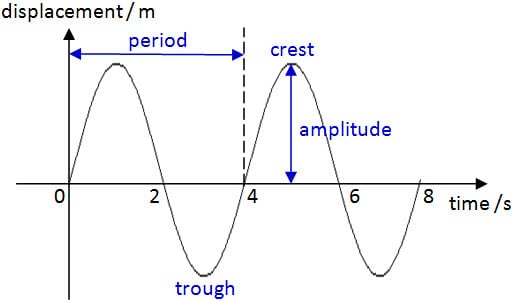 When light moves from one medium to another:

If the boundary is struck parallel to the normal, the wavelength and speed still change, but the direction does not.

The formula for lenses is the same, just switch out “mirror” for “lens”