A summary and analysis of 1984 by George Orwell.

Because frankly, the Party couldn’t care less what the proles do in their spare time as long as they do it un-traitorously.

And it sounds dumb, but… hear him out.

“The Party told you to reject the evidence of your eyes and ears. It was their final, most essential command. His heart sank as he thought of the enormous power arrayed against him, the ease with which any Party intellectual would overthrow him in debate, the subtle arguments which he would not be able to understand, much less answer. And yet he was in the right!. They were wrong and he was right. The obvious, the silly, and the true had got to be defended. Truisms are true, hold on to that! The solid world exists, its laws do not change… Stones are hard, water is wet, objects unsupported fall toward the earth’s center. With the feeling that he was speaking to O’Brien, and also that he was setting forth an important axiom, he wrote: …Freedom is the freedom to say that two plus two makes four. If that is granted, all else follows.”

This is probably also why the chocolate is so bad.

Let’s hope that works out for ’em.

1984 is an explicitly political novel that criticises dictatorships and totalitarianism.

The terrorism used by the party to rule over Oceania is heavily influenced by Orwell’s observations of the oppressive nature of dictatorships and totalitarianism.

The inconsistent ideologies of Ingsoc (e.g. “War is Peace, Ignorance is Knowledge, Freedom is Slavery”) links directly to the corruption of socialism for the sake of individual power in the Spanish Civil War.

Potential Thesis Statement: “Orwell uses the Party as a warning of the corruption present in the leaders of ideological movements.”

Potential Short Response Question: “How does Orwell portray corruption in 1984?” 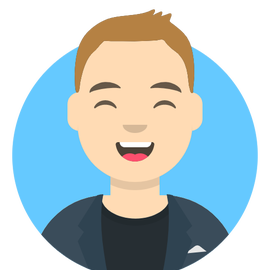